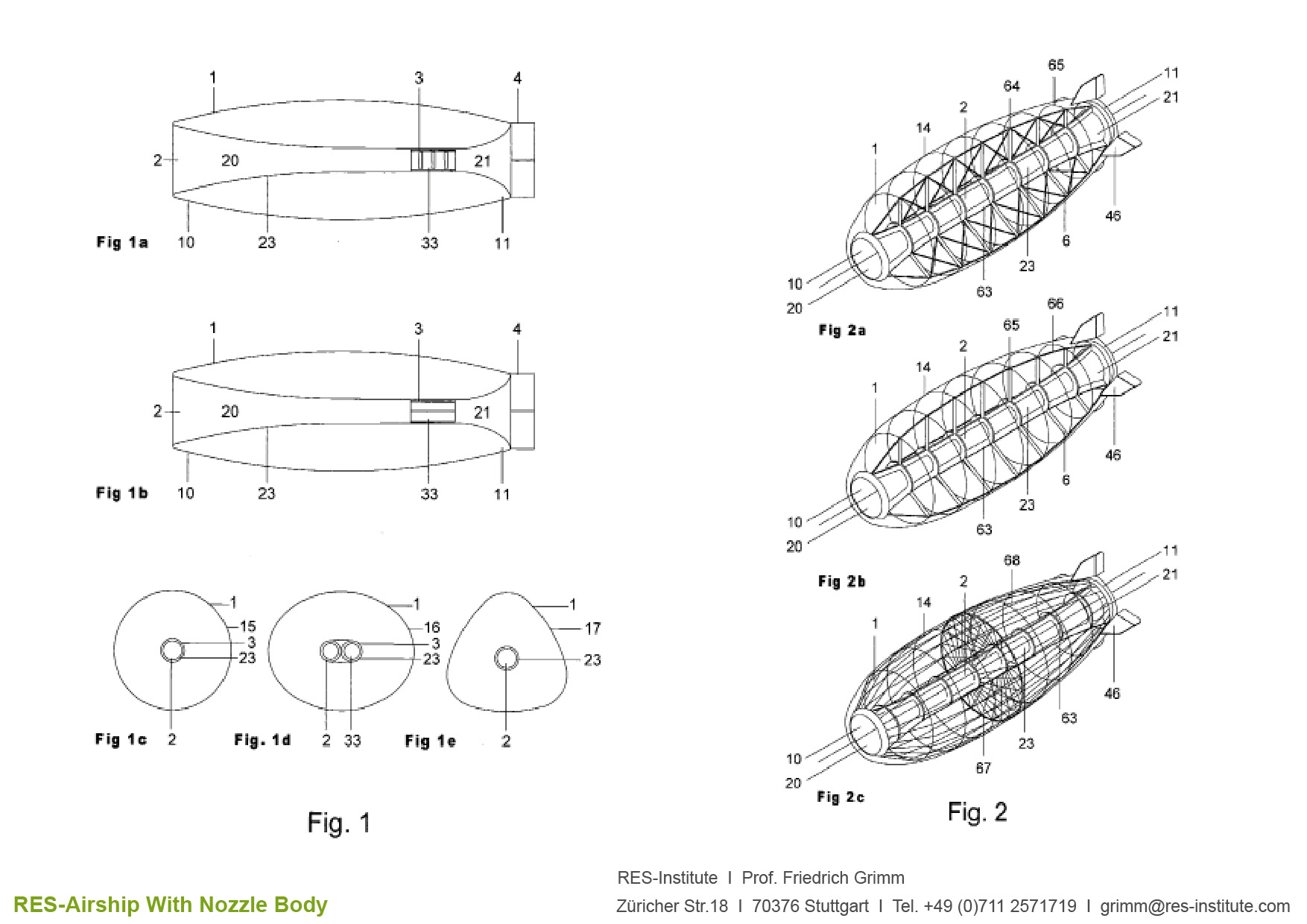 As early as in the thirties of the past century airship travel has been successfully introduced by Ferdinand Count Zeppelin. Estimated as to have no strategic importance, the Nazis put an abrupt end to this development by wracking the ship Graf Zeppelin 2 and by blowing up the airship yards in 1940. How would a contemporary airship look like that could continue the legendary tradition of airship travelling?

The volume of the RES-Airship is subdivided by a central tapering air duct extending from bow to stern. The airship therefore glides on a central airstream that stabilizes its course through the air. The machinery for its propulsion is located within this central air duct. The nozzle body of the airship itself shields the emission of noises and smoothly accelerates the internal airflow in order to lead compressed air to the propellers.