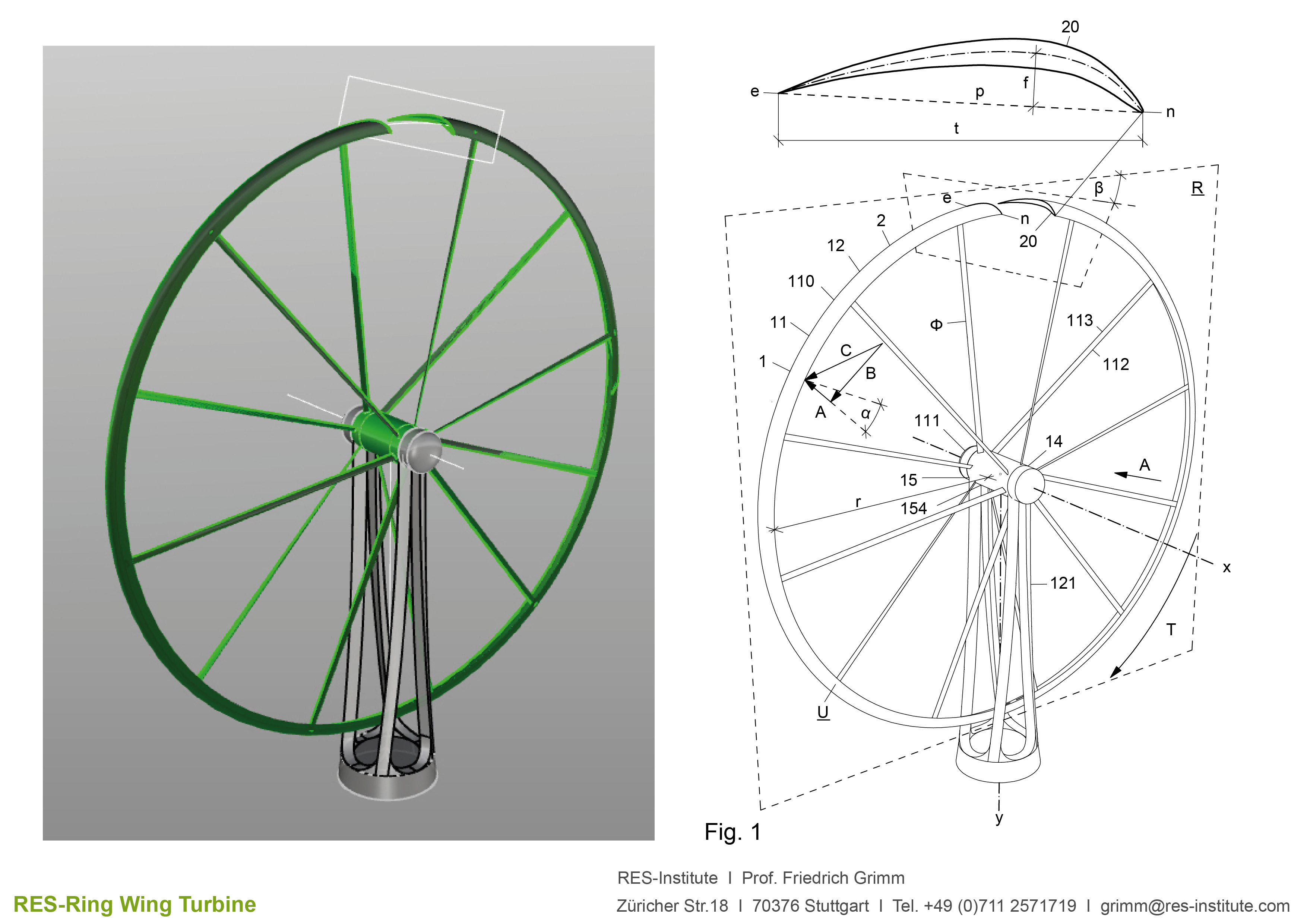 The conversion of kinetic energy of a flow into torque on the rotation axis of a turbine finds its limit in the Betz-Law saying that up to 16/27 (about 60%) of the kinetic energy can be transformed into rotational energy. With an effectiveness of more than 90%, state of the art wind turbines come close to this theoretical optimum. Well now − is there no chance to extract more energy out of a flow tube within a given diameter?

The RES-Ring Wing Turbine extracts energy out of the flow by means of a circular rotor blade forming a pressurized ring stabilized by tensioned spokes. The Ring Wing Turbine profits from the radial expansion of the flow tube inducted by the radial spokes of the wheels acting as radial rotor blades, which transform kinetic energy of the flow into rotational energy by decreasing the flow speed and increasing the pressure within the flow tube − thus causing it to expand. At the outer ring-shaped rotor blade a conical angle of inflow causes rotation. Shaped as an airfoil, the suction side of the circular wing lies on the outside of the wheel and causes accelerated flow speed even in a distance to the surface of the circular wing. Therefore the aerodynamic effective diameter of the RES-Ring Wing Turbine is larger than its structural diameter and in comparison to a conventional wind turbine, more energy can be converted.