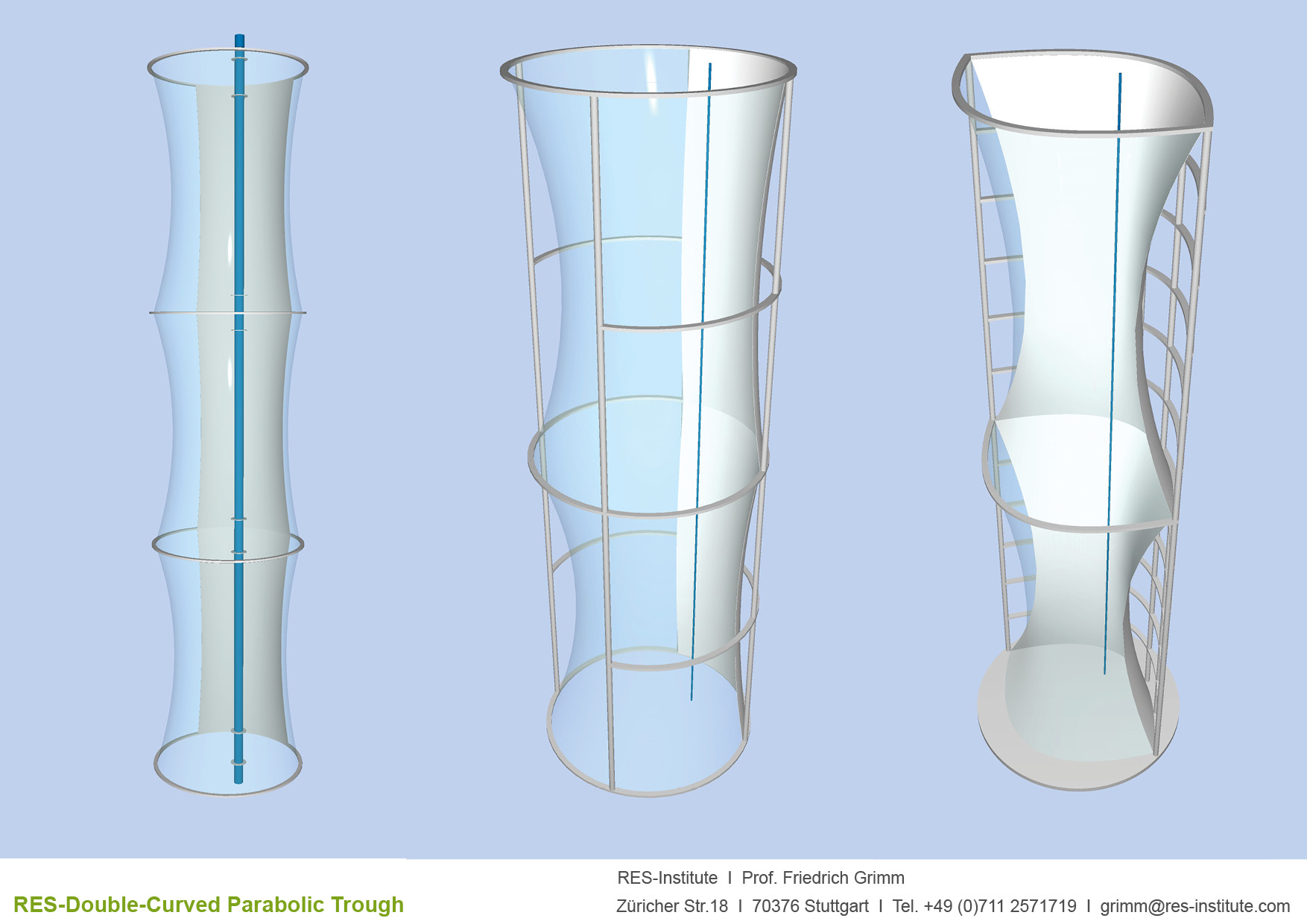 Load-bearing systems which are designed exclusively for tensile stress are characterized by an extremely favorable power/weight ratio. A conventional parabolic trough is a uni-axially curved structure that needs a separate load-bearing system for the curved mirrors. The parabolic trough as a whole contributes significantly to the power generation costs. Is it possible to concentrate sunrays on a focal line by a single-axis tracked concentrator that uses mirrored membranes?

For an up to 50-fold concentration of sunrays on a target a conventional parabolic trough can be replaced by a much more efficient biaxially curved mirrored membrane which is stretched out in a rigid frame. The RES-Double-Curved Parabolic Trough also relates to double-curved shell structures made out of composite materials such as fiberglass or fiber-reinforced concrete with a mirrored surface.