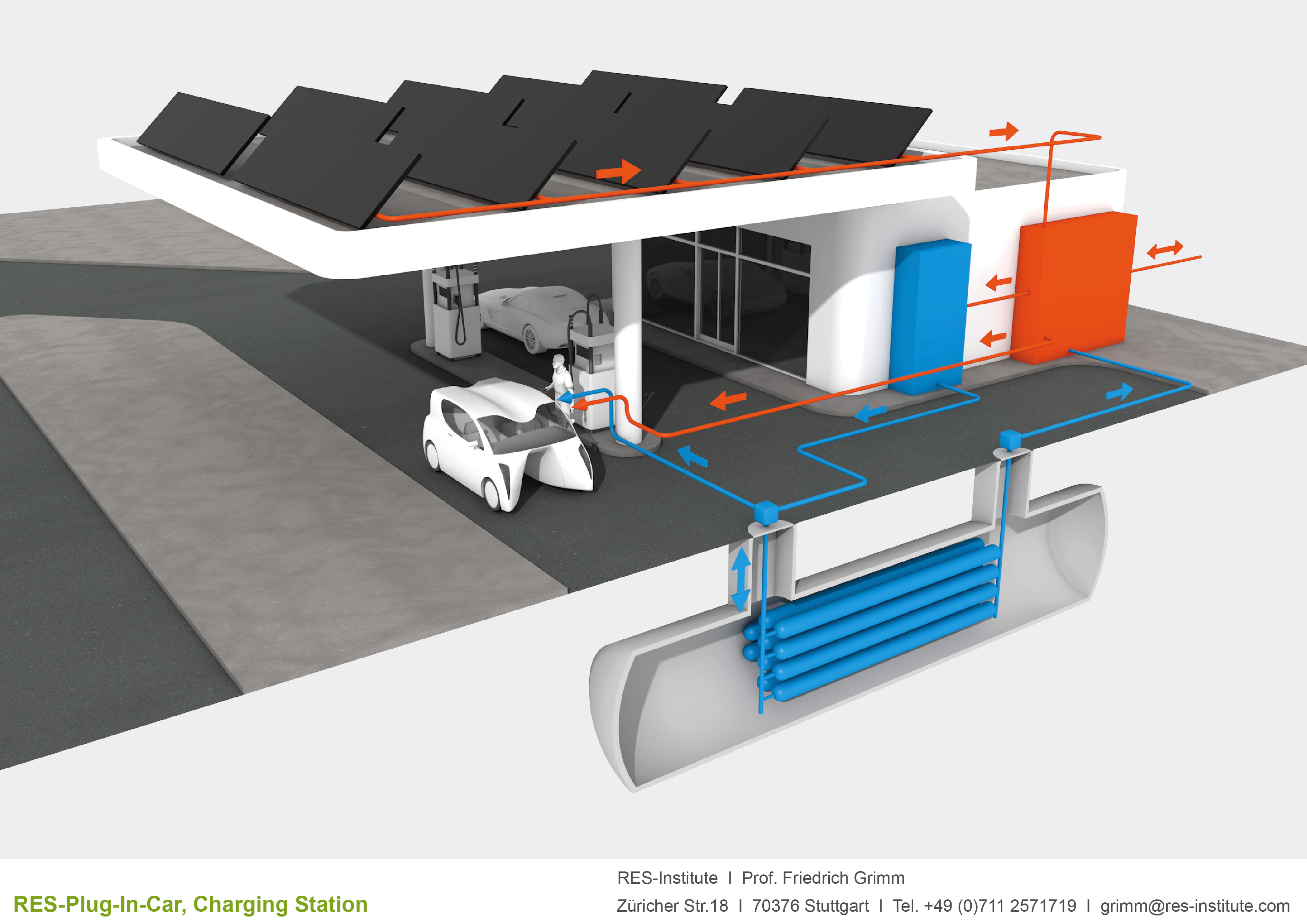 The complete electrification of the drive train calls for a rapid charge system for plug-in cars. Charging the traction battery in about 30 min up to 80% of its capacity still seems to be a too long period of time. How can the reloading process be accelerated in a silent procedure?