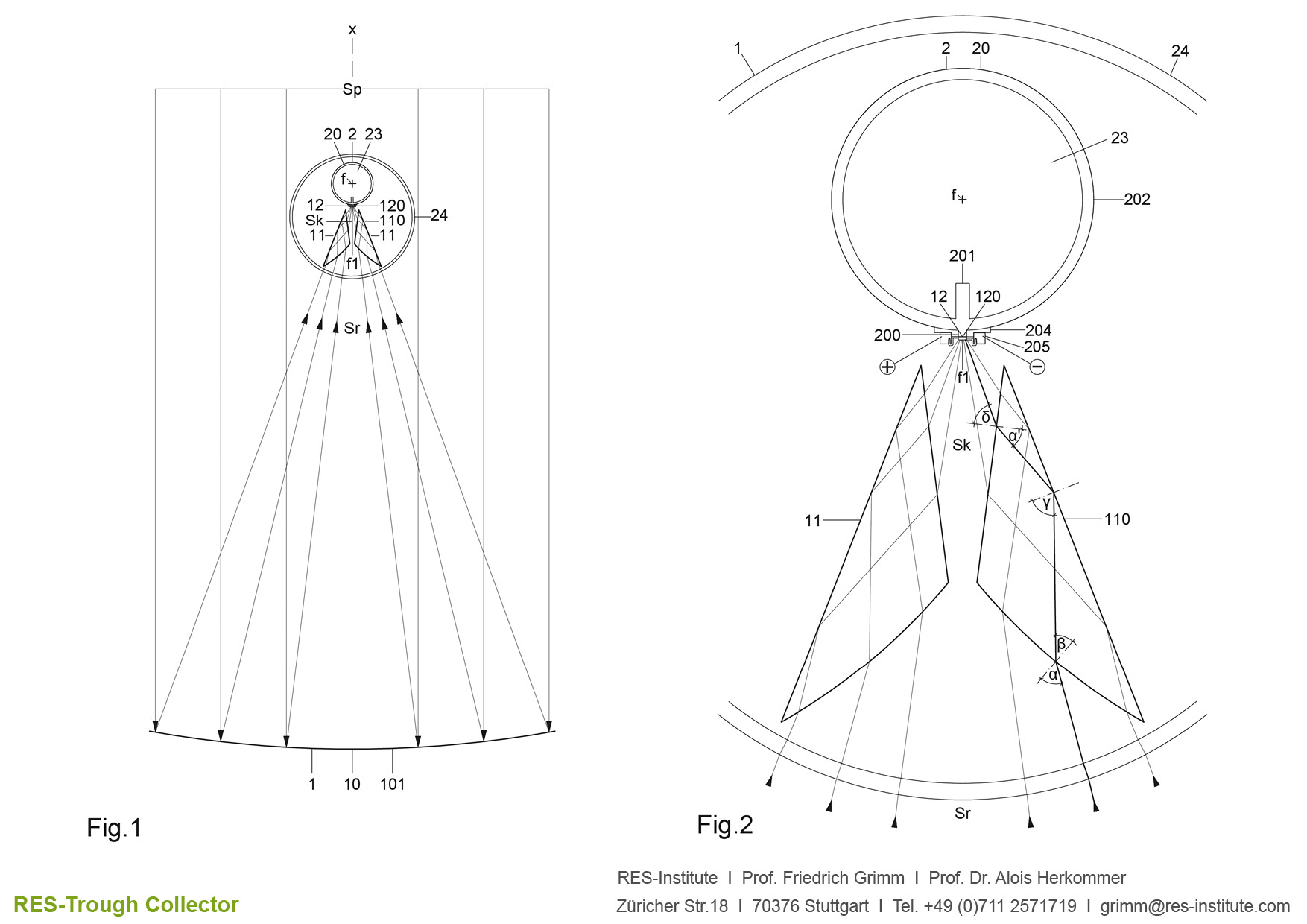 Among the different techniques to convert solar energy into electricity, the parabolic trough collector is established as a highly efficient concentrator module for solar plants with a capacity up to 100 MW. Steam turbines are driven by heat transferred to a thermal fluid in the parabolic trough collector to generate electricity. Considering the fact that multi-junction solar cells are capable of converting more than 40% of the solar radiation directly into electricity, the use of stream turbines seems to be kind of a "detour". Can the focal line of a parabolic trough be splitted in a multitude of new focal lines that would allow to arrange plenty of multi-junction solar cells in rows including systems for electric wiring and cooling?

The RES-Trough Collector uses a parabolic mirror as a means to concentrate solar radiation on one focal line in the centre of a heat absorbing tube carrying a heat transfer fluid and is itself coaxial to a surrounding optical system comprising lenses or prisms. The optical system distributes the concentrated radiation on a number of new focal lines, which are placed on the surface of the heat absorbing tube. On these new focal lines a multitude of multi-junction solar cells are installed in rows to receive the concentrated and distributed solar rays. Depending on the width of the parabolic trough, an up to 500-fold concentration factor can be achieved to generate electricity. Heat, that is absorbed by the cells, will be transferred by the heat transfer fluid in order to cool down the cells.