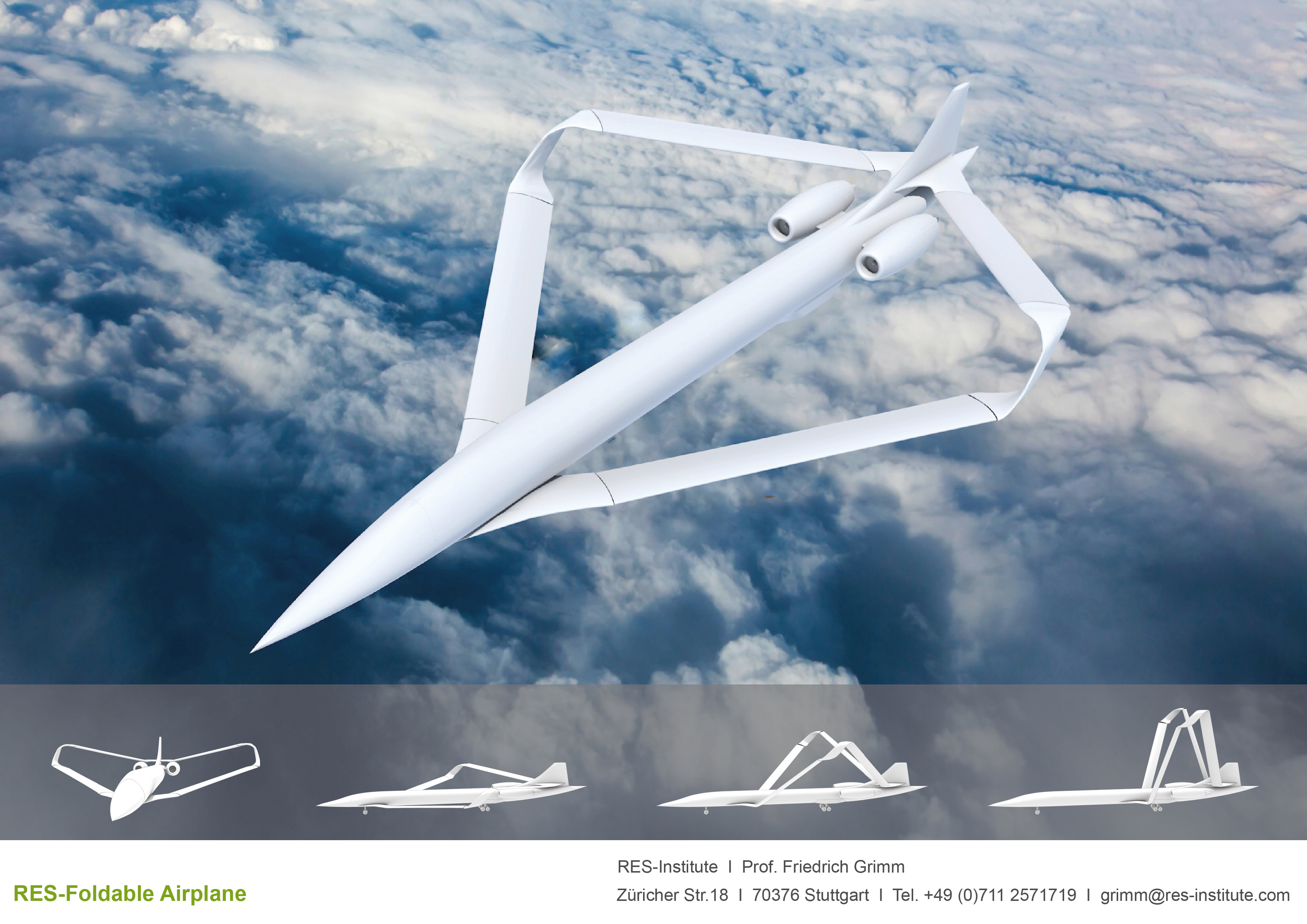 In comparison to bird flight the maneuverability of airplanes seems somewhat complicated. Climb, descent and curve flight of manmade airplanes require individual activation of different adjustable planes such as the rudder plane, the elevator plane and the aileron plane, whereas for example a hawk shows an unsurpassed maneuverability solely executed by wings and tail. What would a future airplane look like following this role model given by nature? Is it possible to maneuver an airplane mainly by wing adjustments?

The RES-Foldable Airplane reveals a new maneuvering system for the airframe of an airplane. The foldable airframe comprises a fuselage extending between a bow and a tail segment, four wings forming a square together with nodal elements, connected among each other in a way that the distance between nodal elements at the bow segment and nodal elements at the tail segment of the fuselage can be varied during flight, by either shortening or expanding the distance between bow- and tail-sided nodes. An airplane having a dihedral arrangement of the wings will climb by shortening the distance and it will descend by widening the distance between the nodes at bow and tail. Curve flight will be possible by separated adjustment of star board sided wings and port board sided wings. Changing the distance of the nodes goes hand in hand with an opposite change of the angle of attack at front and rear wings joined together by outer nodes which serve as winglets.