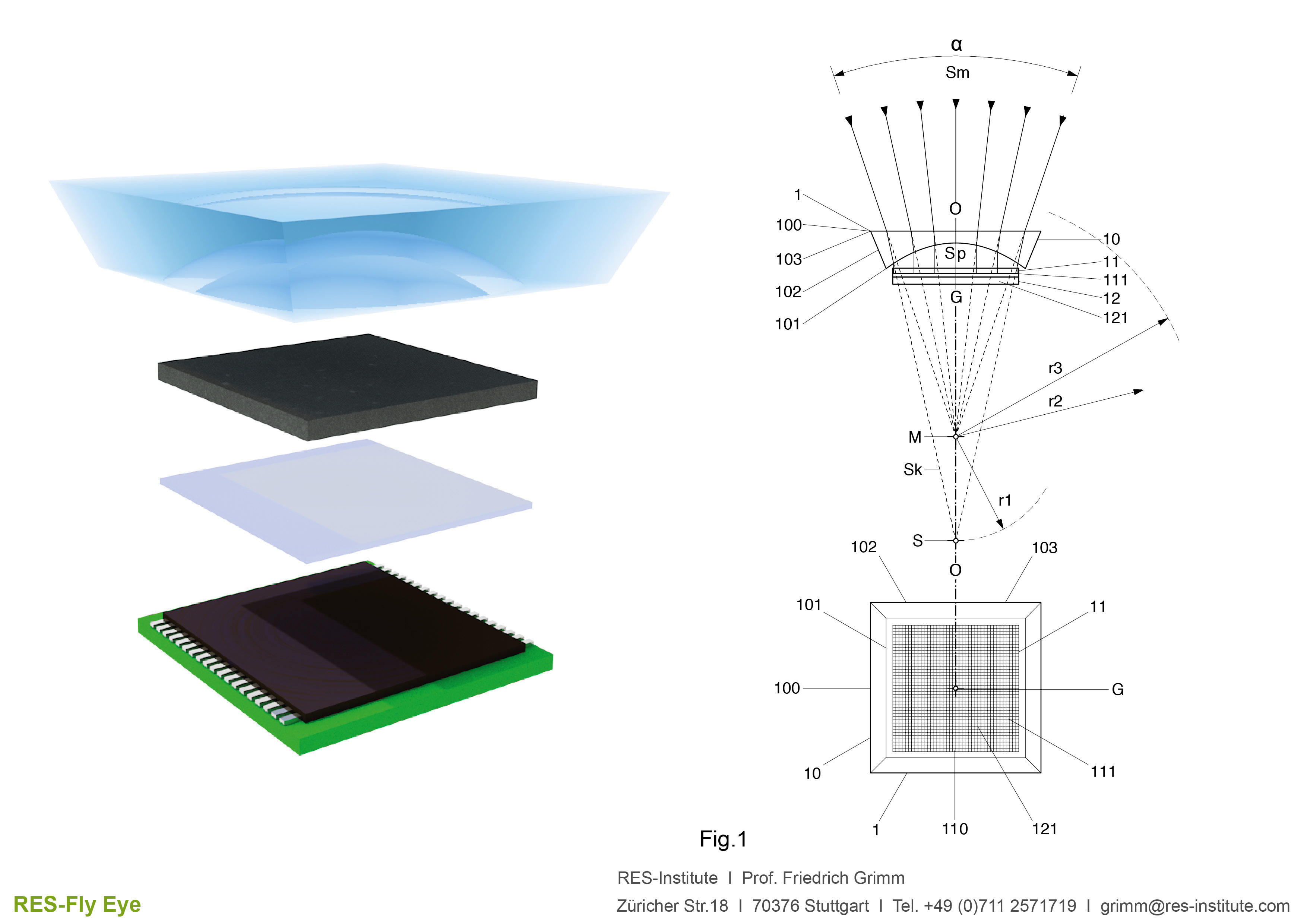 How comes a fly escapes the fly swatter? Equipped with a pair of fly eyes, each consisting of about 180 facets, it is capable to detect movements in real time. One single facet is an in itself rigid camera module with an unlimited depth of field. How would an artificial fly eye look like, that has the same capability and is suited for mass production?

The RES-Fly Eye creates an exclusive connection between any visible object represented by a given number of object fields and one related photocell of a digital sensor. The total number of photocells corresponds with the chosen number of object fields. Similar to the fly eye, the camera module comprises a multitude of microchannels and microlenses, which on the object side are united by a collimating lense. In each microchannel, the collimated light is being focussed on a photocell of the sensor.