Turbine With Flipped Over Rotor Blades 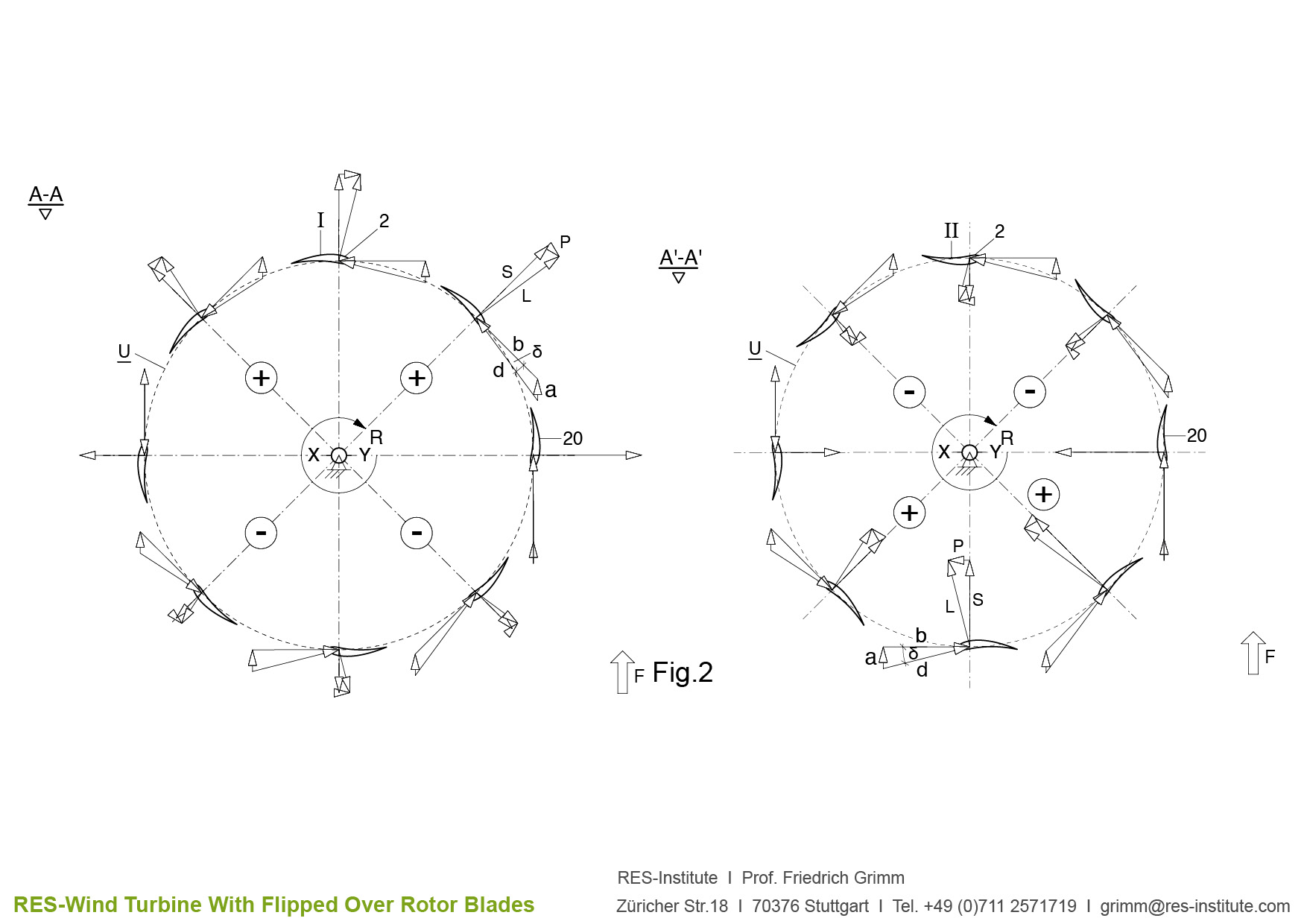 The kinetic energy of flow can be described vectorially as the sum of fluid speed and orbital speed. A favorable flow angle is necessary at the airfoil shaped rotor blades to generate torque on the rotation axis of a turbine. Tangential propulsion and suction forces are derived from the uplift force. As by far the smaller component the propulsion force drives the rotor, while the suction forces are causing permanent load-unload-cycles affecting the load-bearing structure of the vertical axis turbine which therefore tends to sway. How would a rotor blade have to be designed that exclusively generates propulsion?

The flipped over rotor blade of The RES-Turbine comprises two segments of elongated blades connected to one another at an intermediate turning point where the suction side and the drag side of the blade are flipped over. According to the invention, the orbit of a rotor blade is either defined by a constant radial distance to it's axis of rotation or by varying radial distances. The axis of rotation may be vertically or horizontally aligned. The flipped over blade has the effect that suction forces eliminate each other while propulsion forces can be added to one another.